‘State Share’ is an interesting new feature that has never been seen or used before on any gaming platform. This new feature will allow players to share a moment from a game with the world state, player’s position, and inventory (among other factors preserved) to as many players as they wish via a link. This link will take the player to that point in the game instantly and allow them to experience that part of the game!

Interestingly, not only will this allow players to experience parts of game shared on the internet (rather than watch them) it will allow for more interactivity between gamers… Want to experience the same part of a horror game as a streamer? Or maybe you’d like to take a look at an Easter egg within a game? Well you can. Not only that, State share will allow for new games that will specifically incorporate this feature into them… Speaking of which, one has already been confirmed!

Let us know what you think of ‘State Share’ in the comments section below! 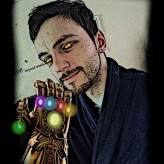 Indie Game Carrion Might Be Coming To Google Stadia