Is a Pac Man Battle Royale coming To Stadia?

Earlier the Google stadia Twitter account released a brand new video advertising Google Stadia, in which they have done an amazing job at improving there advertising of Google Stadia, however, during the video you can see a game which looks like Pac Man.

This was spotted by Bryan Evolved over on Twitter, in which you can see a screenshot of the game that looks like a Pac Man Battle Royale below:

Now as we can see from the image above, it doesnt look like a normal Pac Man game as we can see other rooms to the left and right of the screen simialir to Super Bomberman R Online. So we are going to assume that it could be a Pac Man Battle Roayle game, now how this is going to work, we are unsure but we can assume it will work similair to how Super Bomberman R Online works, with the rooms closing and you having to move to another room.

Now doing some research online i have come across a Pac Man Battle Royale arcade machine, now it does only have 4 players, but its how the game works that interests me, so players can eat a power pellet and then eat ghosts and non-powered up players. You can see a screenshot below: 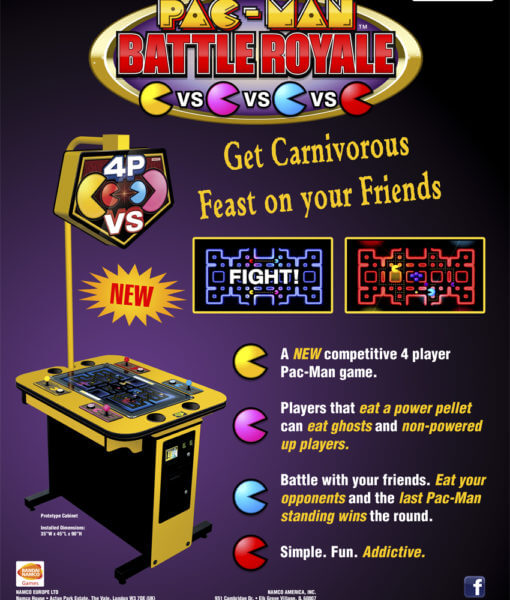 Would you play a Pac Man Battle Royale? Let us know in the comments below. If you enjoyed this article, why not share it on social media.

Is Ray Tracing Coming to Stadia with Chorus?